The Myth of Creation 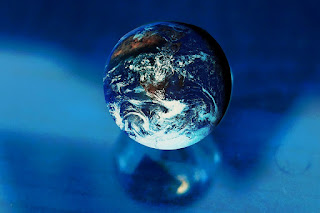 The myth of the creation story. No, it's not what you think.

There is a myth that is told over and over. It sounds good, so people keep repeating it. Problem is, when you actually read The Bible, it falls apart.

You are waiting for the myth...but wait. Does it matter? Yes. If you give a sermon, and parts are not true, it most assuredly matters. It means you yourself have not read The Bible. One should never take the pulpit or teach, without a full study of what The Bible actually says. So now, the myth.

That God spoke everything into existence, but man is special. He formed him with His bare hands out of the ground.

Yes, that is a myth. It's not there. It might come as a shock to many of you, but God did not speak things into existence and only form man.

Go back and read the entire first chapter of The Bible. We dare you. Very few instances are related where God calls things into existence. The chapter is full of words like, made and create.

In fact, think about it. What would a creator do? Buy a model of an airplane, or, build one? If you bought one pre-made, you would not be much of a creator, would you?

But we call God the "creator" of all things. We never say He's a magician that just speaks things into existence. Sure, He could. And we have no doubt he has. But creation is just that. Creation.

Do you think God just made the trees and plants appear? Have you read The Bible? There were no plants or trees until God watered the seed to produce.

Okay, you say. But we know God only formed man out of the ground...Nope. Sorry. Not true.

Wait! What was that? God actually formed the animals out of the ground as well? Yes, and birds, too!

Amazing how one can learn quite a bit by reading The Bible.

God breathed into man and made him a living soul. THAT makes us different than the animals.

Man was not the only living creature formed out the ground.

But think about this. Isn't there something special about certain animals? After all, they were sacrificed first for the sin of man. God obviously has a special relationship with animals.

Wouldn't it be fantastic if we saw new animals, and old ones, in Heaven, and we called them their original names?

It might surprise you also that God did not just call or create trees and plants into existence. Did you know that? God apparently, according to The Bible, created seeds. Yes, seeds. Then watered them and they sprung to life. No, this is not a fairy tale. This is in The Bible. Read it!

Makes you wonder about the old question, "Which came first, the chicken or the egg?" Maybe the egg came first after all.

Seventh-day Adventist had better read their Bibles before making any statements. Make sure what you are saying is Biblical.